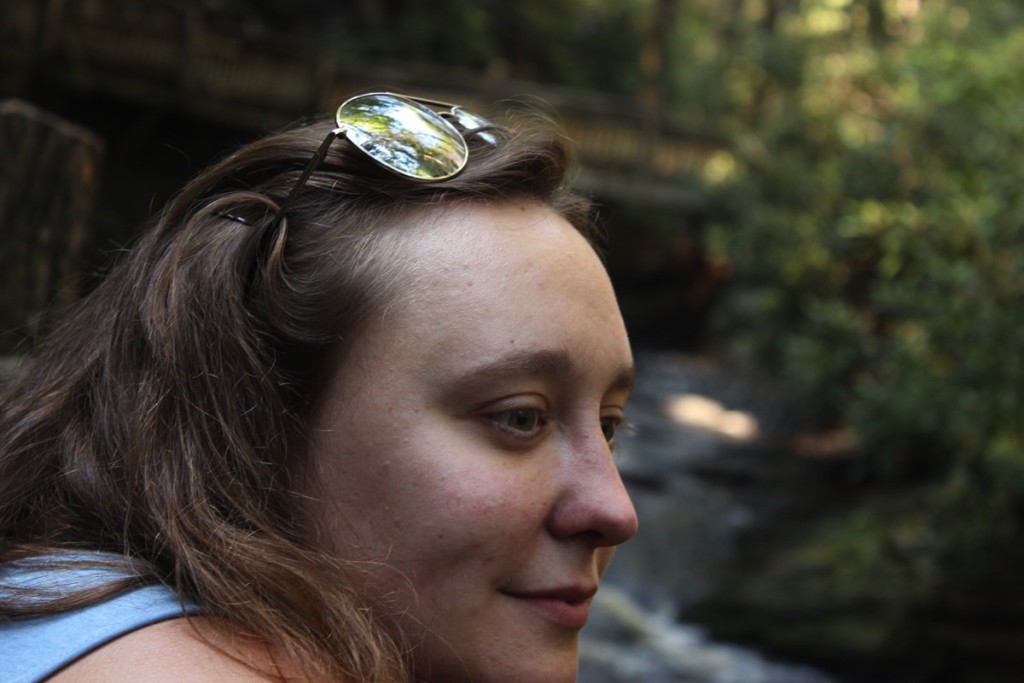 Shannon Geis is a freelance audio and multimedia producer and an oral historian. She was born and raised in rural Nebraska and moved to New York City to attend New York University where she earned a Bachelor’s degree in journalism and politics in May 2010. She currently lives in Denver, Colorado, where she loves taking day trips to the mountains and enjoying craft beer.

Shannon has a wide range of journalism experience, including experience in public radio, local news, magazine feature writing, and copy editing. She has been published in a number of local New York City publications, including The Local-Fort Greene, The Brooklyn Paper, The West Side Spirit, and Our Town.

Shannon got her first taste of radio reporting at NET Radio, the NPR affiliate station covering most of Nebraska. As a student at NYU, she hosted a weekly news show called Earshot on WNYU, the college radio station. She finished a semester at the Salt Institute for Documentary Studies in December 2012, where she studied documentary radio and multimedia storytelling. She spent time working at WNYC’s Studio 360, a weekly radio show focused on creativity.

Shannon worked on a project with NPR’s State of the Re:Union focusing on the stories of rural Americans. She continues to work as a freelance radio producer, doing work for WNYC, NPR, Marketplace, and others. Her stories have aired on several local public radio stations, including WMPG in Maine. She had her own audio blog and podcast focused on the goings on about Brooklyn called The BK Buzz.

Shannon received her Master’s degree in Oral History from Columbia University. Her thesis research focused on the neighborhood of Red Hook in Brooklyn, NY, which has a unique history and was drastically hit by Superstorm Sandy in October 2012. She is interested in using oral history interviews as a way of understanding the way people experience community, particularly in times of disaster.

Shannon worked as a tour guide and researcher for Turnstile Tours, a tour company with a mission to advance public knowledge about the meaning of place, foster connections and understanding between people of diverse backgrounds, and inspire and reflect a culture of community participation through providing welcoming, well-researched, inclusive, and engaging experiences and resources to people of all ages and abilities. During her time with Turnstile Tours, she assisted with the development of a tour program at the Brooklyn Army Terminal in Sunset Park.

Shannon also worked for Corner Media Group as the editor of two hyperlocal news sites focused on Brooklyn neighborhoods. She edited the Ditmas Park Corner and Kensington BK. As editor, Shannon was in charge of maintaining all aspects of editorial content. She wrote and reported on news in the area, assigned and edited freelance work, and maintained the social media presence for the news sites.

Shannon worked for the Medical Group Management Association, a national organization based in Denver that provides knowledge and tools for practice administrators and executives in the evolving healthcare environment. As a staff writer and editor, Shannon researched, wrote, and edited content for the Association’s monthly magazine, MGMA Connection, and created content for the MGMA website. She also conceived and developed MGMA Small Talk, a bi-weekly podcast featuring interviews with industry experts.

Shannon currently works for Emily Griffith Technical College, a public technical school located in Downtown Denver that focuses on Career and Technical Education. She is a content developer in the Marketing and Communications Department, where she develops robust marketing campaigns, maintains the College website, and designs flyers, brochures and other marketing collateral to promote the wide variety of programs offered at Emily Griffith.

Shannon is very interested in digital journalism. She has experience building and maintaining several different types of websites and working with a number of different content management systems. She is also fluent with social media marketing, including Facebook and Twitter. She has a Professional Certificate in Graphic Design Production with an emphasis on Web Production from NYU’s School of Continuing and Professional Studies.

When she’s not writing, recording, editing, or exploring, Shannon is cheering on her Nebraska Cornhuskers, immersing herself in early 20th century fiction, taste-testing whiskey cocktails, or plotting her next foreign excursion.