Shannon has produced audio in a number of different settings. She has worked as a reporter for Nebraska’s NPR affiliate, NET Radio; she hosted a weekly news talk show on NYU’s college station, WNYU; she hosted and produced a podcast about all things Brooklyn; and she worked on a long-form documentary as part of Studio 360’s American Icons series.

She is also a regular contributor to the audio magazine, Denver Orbit. And she was the associate producer and co-host of a limited series documentary podcast exploring the assassination of radio talk show host Alan Berg and the white supremacists behind the killing called The Order of Death.

You can see these and other examples of her audio work below.

The Order of Death 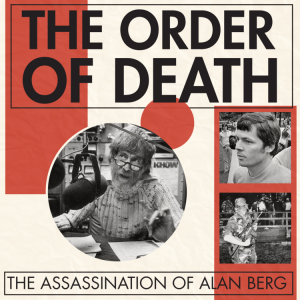 Episode 20: Breathe In, Breathe Out

Episode 22: The In Sounds From Way Out

Episode 26: There’s Paint on the Walls

State of the Re:Union’s Special Project, The One Thing